Xylella fastidiosa is the causal agent of plant diseases that cause massive economic damage. In 2013, a strain of the bacterium was, for the first time, detected in the European territory (Italy), causing the Olive Quick Decline Syndrome. We simulate future spread of the disease based on climatic-suitability modeling and radial expansion of the invaded territory. An economic model is developed to compute impact based on discounted foregone profits and losses in investment. The model projects impact for Italy, Greece, and Spain, as these countries account for around 95% of the European olive oil production. Climatic suitability modeling indicates that, depending on the suitability threshold, 95.5 to 98.9%, 99.2 to 99.8%, and 84.6 to 99.1% of the national areas of production fall into suitable territory in Italy, Greece, and Spain, respectively. For Italy, across the considered rates of radial range expansion the potential economic impact over 50 y ranges from 1.9 billion to 5.2 billion Euros for the economic worst-case scenario, in which production ceases after orchards die off. If replanting with resistant varieties is feasible, the impact ranges from 0.6 billion to 1.6 billion Euros. Depending on whether replanting is feasible, between 0.5 billion and 1.3 billion Euros can be saved over the course of 50 y if disease spread is reduced from 5.18 to 1.1 km per year. The analysis stresses the necessity to strengthen the ongoing research on cultivar resistance traits and application of phytosanitary measures, including vector control and inoculum suppression, by removing host plants. 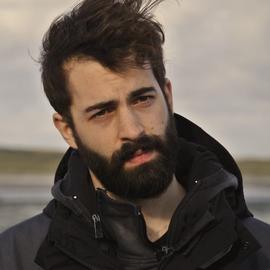 My research interests include machine learning, simulations, and bio-economic modelling with an agricultural and ecological focus.